On January 1st 2012  I made a very quiet resolution to interview inspirational people.
Slowly and very quietly I made lists, contacted people and sent out interview questions, only 4 questions, to people who  inspired me.
Most of these people I had never met but their stories, non the less, had impacted me. They had made me happy, sad, want to get out there and get active, believe, create or stand for something. They're the sort of lives I love to see unfolding and love to believe inspire the best in me.  I hope you find something in them too. xx

Clare Bowditch is a musician, writer, coach (creativity and creative-business), social commentator and sometimes actor who stars as ‘Rosanna’ on Channel 10’s Offspring.  Clare has just recorded her fifth studio album, “The Winter I Chose Happiness”, for release by Island Records in September 2012.
Clare’s been Rolling Stone’s Woman of the Year, ARIA’s Best Female Artist, Yen Young Woman of the Year (music), and recently scored the popular-vote EG Female Artist of the Year award. She’s had top ten hits, flown on private jets with Leonard Cohen, interviewed the PM, toured the world playing for hundreds of thousands of people, and written songs with many of Australia’s greats. (exptract from Clare's Big Hearted Business bio)

Susannah is a photographer, writer and e-course creator.  A polaroid addict and a very proud aunt, she spent many years in London working as a fashion editor and freelance journalist.  She shares her heart with the people around the world via her blog at SusannahConway.com (extract taken from 'this i know')

Paula Constant began walking from Trafalgar Square in 2004. Since then, she has walked over 12000km through eight countries: England, France, Spain, Portugal, Morocco, Mauritania, Mali and Niger. From 2005-2007, Paula walked over 7000km through the Sahara, until she was halted by civil war in Niger. Her first book, Slow Journey South, was released by Random House in 2008. Her second, Sahara, was released in October 2009. Paula is currently writing her third book and lives in rural Victoria.

Sarah Napthali is a mother of two young boys who tries to apply Buddhist teachings in her daily life. Her working life has ranged from teaching English as a Second Language and corporate training, to human rights activism and interpreting. Since becoming a mother she has focussed on writing, initially for companies and later for individuals wanting to record their memoirs. With seven memoirs completed, she is also the author of Buddhism for Mothers (Allen & Unwin, 2003) which has sold 54,000 copies around the world and been translated into eight languages to date. Since the children started school, Sarah is very pleased to report that she manages to meditate daily. (extract taken from Allen & Unwin)

This isn't a blog about being Stupendously Joyful in every moment of every day, it's about finding moments of humour and joy along the day.....whatever our challenges.

This work by melindamelou is licensed under a Creative Commons Attribution-NonCommercial-NoDerivs 3.0 Unported License. All images and content on this site are © melindamelou, unless stated otherwise.
Visit melindamelou's profile on Pinterest. 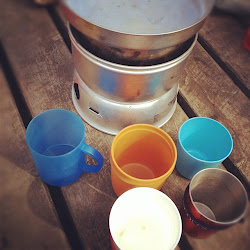 My podcast Interview about our overseas adventure ...by Sherry Walling from Parenting Reimagined 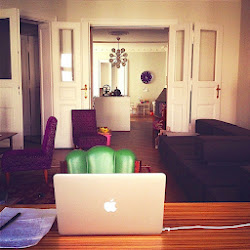